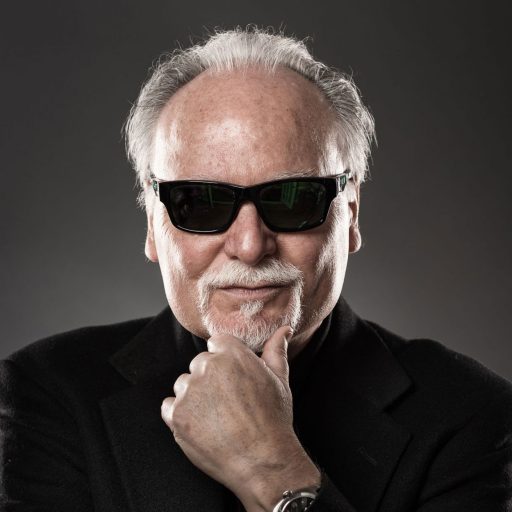 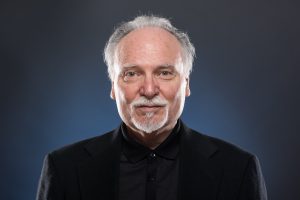 Michael Carmichael is an international consultant and an interdisciplinary scholar.

Carmichael has worked in seven US presidential campaigns and conducted scientific research in Oxford UK for twenty-two years. He is the founder of Planetary Movement, an organization based in the USA and the UK representing a global network of scientists, scholars, physicians, entrepreneurs, philanthropists, advisors and correspondents.

Born in Memphis, Tennessee, Michael Carmichael lived in Cincinnati, Tulsa and Oklahoma City before moving to Charlotte, North Carolina at the age of ten, where he attended the University of North Carolina at Charlotte. He paid for his tuition by selling books, working for non-profits and investing in the stock market.

After graduation in 1968, Carmichael rose through the ranks in a series of US presidential campaigns for RFK (University Coordinator/State Coordinator), Gene McCarthy (Press Secretary) and Hubert Humphrey (Deputy GOTV Director-AFL/CIO).

The following year, he served as Deputy Campaign Manager for Mayor John Belk of Charlotte. Later that year, he became President of Diversified, a small advertising agency in Charlotte that was among the first to produce television spots for political campaigns.

In Washington, Carmichael was trained to handle US Senate campaigns by the chairs of the DSCC, Senators Daniel Inouye and Wendell Ford. Shortly after the Watergate break-in, Carmichael was invited to consult with the DNC and the McGovern campaign.

During the Watergate investigation, Carmichael helped organize political and media support to shape the public discourse in North Carolina, the home of the Chairman of the Senate Judiciary Committee, Sam J. Ervin, Jr. who headed the Senate Select Committee on Presidential Campaign Activities.

In 1974, Carmichael served as the Media Director for the successful campaign of Rufus Edmisten for Attorney General of North Carolina. Edmisten served as one of Senator Ervin’s top aides during the Watergate investigation.

In 1975, Attorney General Rufus Edmisten appointed Carmichael to his personal staff on the second floor at the Department of Justice, where he served as Press Secretary and Special Deputy Attorney General for Administrative Affairs. During his tenure, Attorney General Edmisten introduced new and strikingly progressive policies into state government including: the first Affirmative Action program for the hiring and promotion of women and minorities into senior positions in state government; environmental protection and the preservation of the New River and Jockeys Ridge Sand Dune; the protection of endangered species in national parklands; the decriminalization of marijuana; the preservation of endangered historic buildings and communities such as Estey Hall and Oakwood in Raleigh.

In the closing stages of the presidential campaign of Governor James Earl Carter in 1976, Carmichael took a temporary leave of absence and wrote, produced and directed a television ad featuring Senator Sam J. Ervin, Jr.’s endorsement that helped carry the state of North Carolina.

While serving on the Attorney General’s staff, Carmichael conducted extensive academic research as an independent scholar. Carmichael studied psychology and the history of physics in Princeton. At Duke, Carmichael studied anthropology with Weston LaBarre. At Harvard, Carmichael was a direct student of botanists, R. Gordon Wasson and Richard Evans Schultes.

In 1983 Carmichael took another leave of absence from the Department of Justice, to direct Rufus Edmisten’s campaign for governor of North Carolina. Working with Joe Napolitan, Raymond Strother, Tony Schwartz and Pat Caddell, Carmichael frequently travelled to Washington, DC and New York often combining his travel with stopovers to visit his family on Cape Cod and to study the sciences at Harvard and Yale.

Following the Republican sweep of the 1984 elections, La Barre, Wasson and Schultes encouraged him to conduct multidisciplinary research in Europe. On his thirty-ninth birthday, Carmichael arrived in London and began work in the historic domed reading room of the British Library where he read renaissance scientific manuscripts.

In Cambridge, Carmichael read the alchemical manuscripts of Isaac Newton and met Professor Joseph Needham and his collaborator, Lu Gwei Djen who mentored him in Sinology and the history of alchemy in China.

In Oxford, Carmichael established his base for extensive research into the rich collections of early scientific manuscripts at the Bodleian Library. Oxford University’s first Professor of the History of Science, Alastair Cameron Crombie, encouraged him to study the Islamic alchemical literature in Arabic and Farsi.

In 1998, working in collaboration with the Oxford Professor of Archaeology & Anthropology, the late Andrew Sherratt, and the eminent scholar, Paul Devereux, Carmichael appeared in, Sacred Weeds, a series of scientific documentaries broadcast on several international networks that dealt with the esoteric, cognitive and medical practices of ancient cultures.

When approached by several innovative small volume car companies including Aston Martin; Ferrari; Lamborghini; Lotus; Maserati and Morgan, Carmichael helped negotiate American legislation that permitted them to remain in the US market.

In many appearances on the BBC, Bloomberg, Sky, ITN and Al-Jazeera, Carmichael served as a media spokesman for Democrats Abroad in the United Kingdom representing the partisan opposition to the administration of former President George W. Bush.

Carmichael’s political commentary has appeared in the Huffington Post, Global Research and many other sites as well as PlanetaryMovement.com. Invited by many organizations to speak at international conferences, Carmichael has addressed audiences in London; Malta; Palermo; Innsbruck; Prague; Istanbul, Lucerne, Lugano, Milan, Naples, Sassari and Rome.

In 2007, Carmichael’s political mentor in the United Kingdom, the late Tony Benn, introduced him to Dennis Kucinich, the only peace candidate running for president of the United States. Congressman Kucinich invited Carmichael to serve as his Senior Advisor, an assignment that involved extensive travel crisscrossing the USA, organizing media, designing strategy and fundraising operations.

After the conclusion of his work for Congressman Kucinich’s presidential campaign, Carmichael established Planetary USA and has served as counsel to several political organizations.

In 2011, the Chair of Anthropology invited Carmichael to become a Visiting Scholar at Duke University.

Carmichael lives in Hillsborough, North Carolina with Renee Price, where he writes on a variety of subjects and counsels progressive political, commercial and philanthropic organizations. 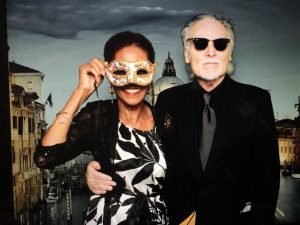